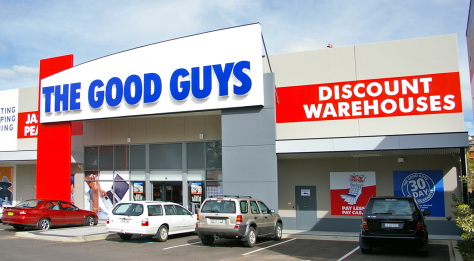 The Wagga site is the second highest consumer of energy within The Good Guys portfolio which has had a large financial impact to the business. “This site is one of our worst performing in regards to energy and we need a solution now” stated Peter Dowling, CFO for The Good Guys. SEM immediately actioned the request and completed the installation of their Building Energy Management System
(BEMS).

This BEMS optimised the operation of the HVAC and lighting systems, which reduced the operational inefficiencies and maintenance issues. The project target was to lower electricity use at the site by 17% and to change the culture within the store’s staff around energy use and behaviour.

After the completion of the installation Mr. Kisela stated ““SEDAC Energy Management were extremely professional and organised. They completed the works with no disruption to trade and have improved our operational inefficiencies. I would recommend them to other business owners.”

The solution will save Mr. Kisela $54,000 per annum! That means this year, the solution has paid itself back and will add $24,000 to his bottom line.

SEDAC EM’s methodology is to provide sites with efficient control of existing assets and visibility into ongoing energy consumption. The control and visibility ensure that sites can benefit from future upgrades on capital plant and equipment as energy wastage is eliminated.

Building Energy Management System (BEMS)
A cost effective BEMS was designed and installed to eliminate operational and technical inefficiencies and provide visibility to the site’s energy consumption. The BEMS provides more sophisticated control of the site’s assets, visibility into the energy consumption, and asset performance reporting to ensure issues are identified and resolved before capital equipment becomes a technical issue.

Lighting Optimisation
Automated lighting control was installed for internal and external lighting which included zoning areas based around time schedules, staff occupancy and daylight sensing. The SEDAC BEMS has removed all operational inefficiencies and ensured that all lighting areas are controlled efficiently. This system will not only increase the lifespan of lighting but also allow staff to concentrate on sales rather than operations.

HVAC Optimisation
The SEDAC BEMS has ensured that the site’s air conditioning units are efficiently controlled whilst maintaining the site’s comfort level. The BEMS will also assist with preventative maintenance through smarter control strategies which will prolong the lifespan of equipment. The customised logic and control of the system creates internal, external economy cycles, floating set points amongst others. Heating demand is decreased during cold periods by recycling the heat inserted into the building from the high powered lighting. During warmer periods the economy cycles are controlled more efficiently to reduce the cooling demand.

Energy Visibility
Within the BEMS is sub metering equipment which can accurately measure the savings and ensure that an optimum baseline is sustained for the site. The improved visibility will also assist with identification of potential issues with site equipment and allow The Good Guys and SEDAC Energy Management to rectify them.

SEDAC EM projected a 17% reduction in the total site electricity consumption for the Wagga site. The project tracking software used to calculate site savings year on year, adjusted for variations in weather and store conditions, has calculated that the site is currently saving 35%. SEDAC EM expects the savings to increase over the summer months.

The below graph shows the monthly total site consumption for the past 13 months compared to the previous year. The graph clearly shows that from November 2013 – February 2014 the site used much less electricity compared with November 2012 – April 2013,

Year on Year Monthly Electricity Use

1. Financial savings
The dollar savings from the initiative can be accurately quantified. This greatly assisted the engineering team with proving the payback periods and quantifying the CO2 reduction achieved.

2. Cultural change
By improving the staff’s understanding of site operations and involving staff directly in operational improvement, staff reported that they learned more about how the site worked. Their involvement has led to greater opportunity to improve operations and procedures.

3. Community recognition
The energy saving and CO2 reduction data collected from this site can be submitted for various industry awards and to demonstrate to the wider community that The Good Guys Wagga Wagga is continually setting higher standards for energy efficiency.

4. Energy Savings
A 35% reduction in total electricity usage was achieved using the SEDAC EM approach. The data and savings were obtained using sub meters plus tariff meter data which allowed SEDAC EM to provide the client with accurate reports on the energy savings achieved as a result of their investment. These results will be sustained over time, making this an investment that provides financial returns for years.